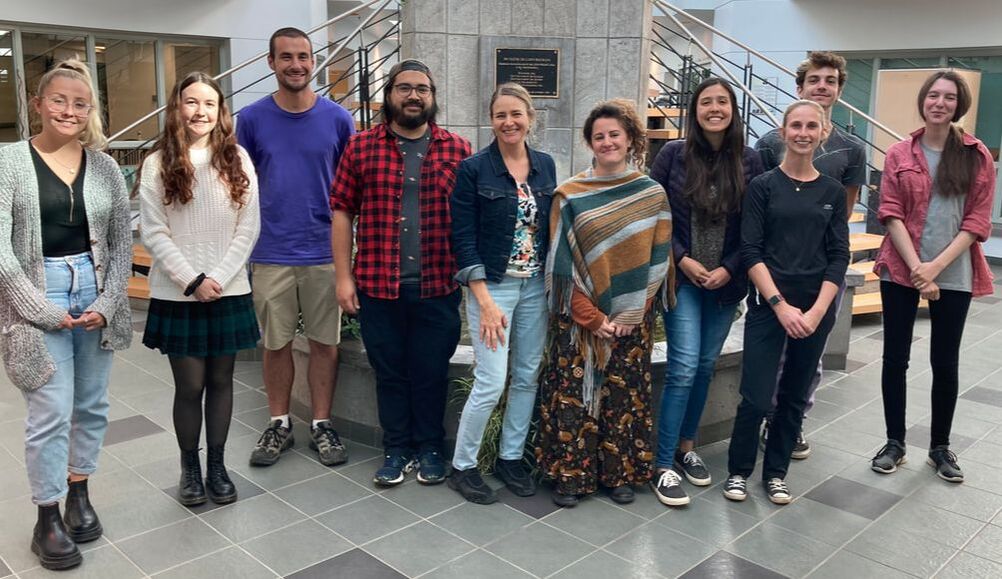 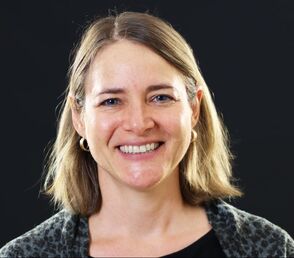 Valérie Fournier - Professor
​
Valérie Fournier is an agricultural entomology professor in the Agriculture and Food Sciences Faculty at Université Laval (Québec, Canada) since 2007. She led about twenty research projects on arthropods ecology (insects and mites) and worked within many multidisciplinary teams. Her main research interests focus on crop protection, biological control, beneficial insects’ conservation (natural enemies and pollinators) and pesticides' impacts on bees. Even though she works mainly under temperate climates, she did her PhD studies in a tropical environment (Pest mites’ ecology and control on pawpaw, 1999-2003, Hawaii) and currently participate in a study in Haiti about the yellow sugarcane aphid. She supervised about thirty students (masters and PhD) and published her works in high-impact journals (Science, PLOS One, Peer-J…). 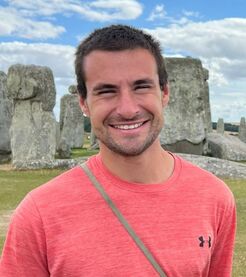 Frédéric McCune - Research associate
​
Frédéric is a research associate in the agricultural entomology lab of Valérie Fournier at Université Laval. He is mainly interested in biodiversity and ecological questions. He did his master’s degree in the same lab on the impact of urban beekeeping and urban landscape on wild bees at both the population and community levels. He previously studied biology at Université du Québec à Rimouski (UQAR) and bioecology at Cégep de Ste-Foy. He works mainly on questions related to pollinators ecology, as well as biological control projects, but his personal interests in ecology are much broader. 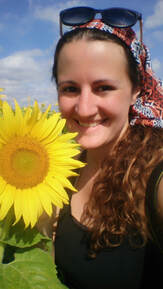 Mathilde Tissier - Postdoctoral researcher
​
Mathilde is a post-doctoral researcher at Bishop’s University, in collaboration with UQAM, ULaval and USherbrooke. She is interested in how essential micronutrients shape evolutionary trade-offs, behavior, aging and more broadly life-history strategies of terrestrial organisms. From deficiency in intensive farmlands to abundance in some forest ecosystems. Within the Fournier lab, she is conducting a project on the benefits of sunflower pollen, given its high nutritive and medicinal values, on the health of bumblebees (Bombus sp.)
​Web site: ecology-nutrition.wixsite.com/mathildetissier
Web site (Liber Ero project) : www.sppb-sffb.net/ 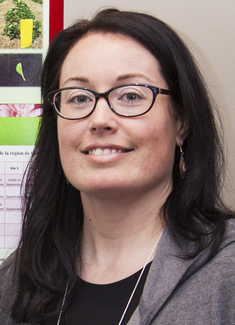 Phanie Bonneau - PhD Candidat (since 2016)
​
Phanie studied the applied ecology program at Cégep de La Pocatière, followed by a few years as an agricultural technician. Then she went back to school to do a B. Sc. in Biology at Université du Québec à Chicoutimi. During the summers of her baccalaureate, she worked in different entomology labs in Ontario and in Prince Edward Island. Then she did a M. Sc. in Plant Biology at Université Laval , on the screening and monitoring of potential viral vectors aphids and whiteflies in strawberry fields of Québec, supervised by Valérie Fournier and Stéphanie Tellier (MAPAQ). 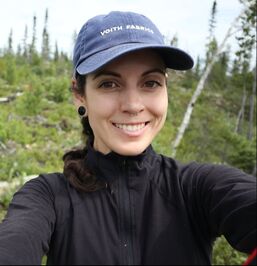 Léonie Carignan-Guillemette - Master's student (since 2020)
​
Léonie is a master student in Valérie Fournier’s lab at Université Laval. Her research project aims to assess the impact of the forest industry on wild pollinators in the boreal forest in a context of climate change. She is mainly interested in the biotic interactions between plants, insects and arachnids. She is also passionate about taxonomy and many other subjects. She completed her bachelor's degree at the Université du Québec à Trois-Rivières. She was part of Raphaël Proulx's lab, where she conducted a study on the impact of lawn mowing on urban biodiversity published in the Journal of Applied Ecology. She have worked on various biodiversity monitoring projects in wetlands, including singing orthopterans, birds, and the assemblage and phenology of plant communities. 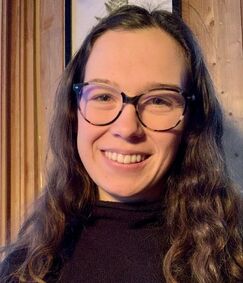 Mathilde Bouchard - Master's student (since 2021)
​
Mathilde completed her bachelor degree in agronomy at Université Laval and is currently a master student in Plant Biology in Valérie Fournier’s lab. The project is taking place in a professional environment at Centre d’expérimentation et de développement en Forêt Boréale (CEDFOB) and is about Osmia tersula, a solitary and indigenous bee from northern territories. Her work experiences led her to work in greenhouses, with pollinators and biological control agents. She is interested in horticulture, agri-food development of northern communities and the role of insects in agri-food production. 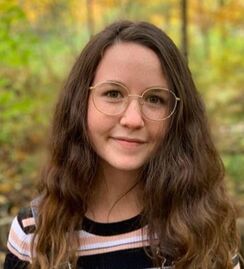 Anaïs Grenier - Master's student in co-supervision (since 2021)
​​
​Anaïs has been a master's student in plant biology since 2021. With concentrations in plant biology and ecology and in animal ecology, she completed her bachelor degree in biology from Université Laval in 2020. Greatly interested in green infrastructures and maintenance of biodiversity, she is studying the resilience of herbaceous plants that can serve for the biodiversification of lawns to promote the attraction of urban pollinators in parks of Quebec and Montreal. 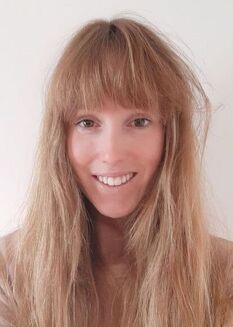 Patricia Denis - Master's student in co-supervision (since 2021)
​
Agronomy bachelor in plant production, Patricia start a master's degree in Valérie Fournier's laboratory and also in Caroline Halde’s laboratory. She will have the great pleasure of working at Center of Expertise and Transfer in Organic and Local Agriculture (CETAB +) during her research. Her fields of interest are biodiversity, agroecology and agricultural techniques in organic management. During her professional and academic experiences, she mainly worked in berries (cranberries, raspberries and wine grapes). 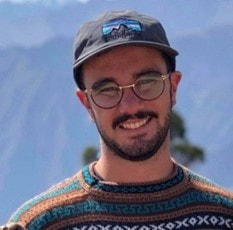 Nicolas Plante - Master's student in co-supervision (since 2021)
​
Nicolas has a bachelor’s degree in agronomy, plant production, at Laval University and has been a master's student in plant biology since the summer of 2021. He devotes his work to the entomology laboratory of Valérie Fournier and that of phytopathology of Edel Pérez-López. His interests are mainly focused on insect pests and pathogens of berries. The purpose of his project aims to make an inventory of leafhoppers in strawberries in Quebec and to find out which ones are vectors of bacterial and viral diseases such as phytoplasmas. 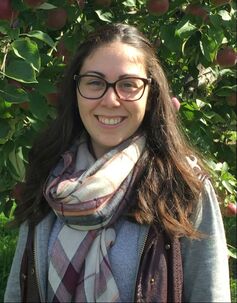 Stéphanie Gervais - Master's student (since 2021)
​
Stéphanie has a technique in horticultural production and the environment at ITA in Saint-Hyacinthe. She then continued her studies to obtain a Bachelor's degree in agronomy in plant production at Laval University. She is currently doing a master's degree in plant biology under the supervision of Valérie Fournier. His master's degree takes place at CÉROM under the co-supervision of researcher Julien Saguez. Her master's project focuses on the development of an integrated control strategy against the western bean cutworm. 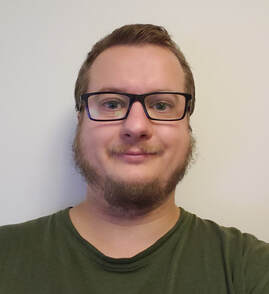 Julien Lafrenière - Master's student (since 2021)
​
Julien holds a bachelor's degree in biology from Université Laval. During his bachelor's degree, he worked as a laboratory assistant with Véronique Martel, a researcher at the Laurentian Forestry Centre (LFC). He also assisted the veterinarians in charge of RAIZO at the Ministère de l'Agriculture, des Pêcheries et de l'Alimentation du Québec (MAPAQ). Under the supervision of Valérie Fournier and Véronique Martel (CFL), he is currently completing a master's degree on the discovery of the introduction of a new exotic hymenoptera. Julien is interested in entomology and the control of invasive species. 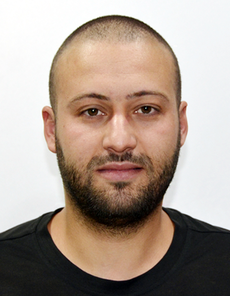 Ahmed Si Ahmed - PhD Candidat (since 2021)
​
Doctoral student in electrical engineering at Université Laval since September 2021 under the supervision of Valérie Fournier and Xavier Maldague, I am motivated by the application of artificial intelligence in agriculture. I obtained my master's degree in instrumentation at the University of Mouloud Mammeri Tizi-Ouzou in Algeria. I am interested in the early detection of pests and abnormalities on plants using multi and hyper-spectral imagery with machine learning and deep learning. 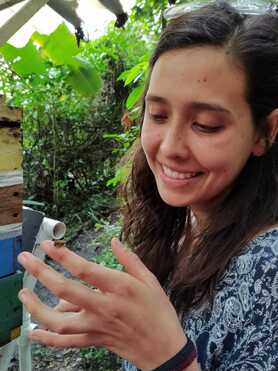 Ana María Quiroga Arcila - PhD Candidat (since 2022)
​
Bachelor in the agronomic engineering program at the National University of Colombia and research intern in the agroecology laboratory of Caroline Halde, Ana María will begin her PhD in plant biology in the winter of 2022 under the direction of Valérie Fournier and co-direction of Pierre Giovenazzo. During her studies, she developed multidisciplinary skills, particularly in agroecology, bees, soil health and rural extension in Colombia. In her spare time and with her family, she helps to plan a sustainable agroforestry system of coffee, plantain, native trees, oyster mushrooms and native stingless bees. After having the opportunity to work with beekeeping associations, she became a beekeeper in 2019 and found it one of her greatest passions.

Ana María has been awarded the 2022 PAm-Costco Canada Scholarship. 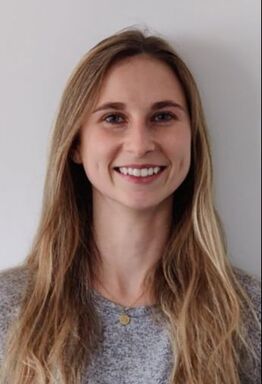 Andréa Duclos - Master's student (since 2022)
​
Andréa studied bioecology at Cégep de Sainte-Foy and did her end-of-course internship in the laboratory of Valérie Fournier. Having then continued her undergraduate studies in molecular and cellular biology at the University of Sherbrooke, she returned in the laboratory in January 2022 to begin a master's project in plant biology. Her project consists of studying the entomopathogenic fungus Hirsutella with the objective of developing a strategy for the conservation biological control of cyclamen mite, a major pest in strawberry cultivation. 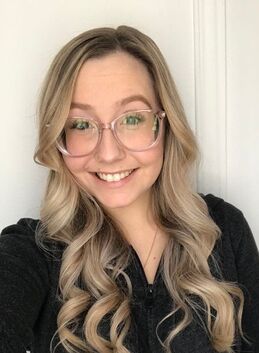 Amélie Quesnel - Master's student (since 2022)
​
Amélie has a bachelor's degree in biology from the Université de Montréal and is currently pursuing a master's degree in plant biology in Valérie Fournier's laboratory, co-directed by Geneviève Labrie of CRAM. Since her childhood, Amélie has been interested in environmental issues and has a passion for entomology. This is how she began her research project, which will focus on the biological control of greenhouse pepper crops. She brings the experience she gained in Colin Favret's laboratory where she studied the diversity of hymenoptera in the Laurentian forest. 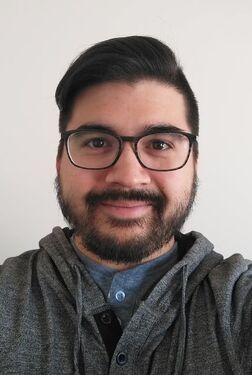 Simon-Pierre Tchang - Master's student (since 2022)
​
Simon-Pierre completed his bachelor’s degree in biology from Université Laval in 2019. He has worked as a research assistant in entomology at CÉROM for mutliple summers where he discovered his interest in entomology and invasive pest control. He joined Valérie Fournier’s laboratory in 2022 to start a master’s degree on stress impact from different pests on cannabis. 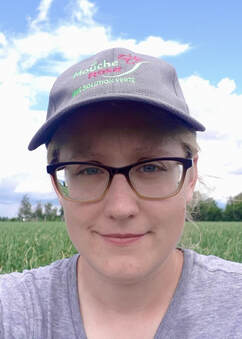 Laurence Fleury - Master's student (since 2022)
​
Laurence began her university studies with a certificate in ecology followed by a bachelor's degree in biology at UQAM. She is currently pursuing her studies with a Master's degree in plant biology under the direction of Valérie Fournier of the agricultural entomology laboratory at Université Laval and Anne-Marie Fortier of the research company Phytodata, where her Master's degree is being carried out. Her project focuses on monitoring flea beetle populations in radish grown in organic soil and evaluating damage control techniques such as mass trapping and the use of nets. 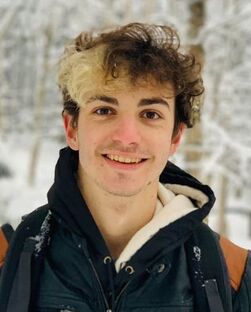 Kim Ménard - Master's student in co-supervision (since 2022)
​
I am a student from Reunion Island who just finished their undergrad in Biology at Université Laval. I accomplished the Research profile and I mostly followed courses related to ecology. I am starting my Master under the direction of Pierre Giovenazzo and Valérie Fournier. I am studying the honey bee population dynamics during the lowbush blueberry pollination period. I am pursuing in this field mostly because of the apidology class that I took two years ago. However, my interests in Biology are wide, and they revolve around the communities dynamics, either from an ecological or evolutionary point of view. 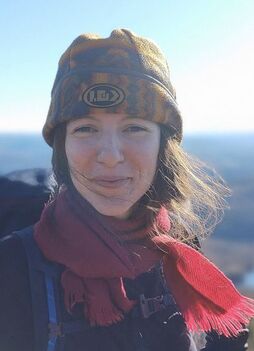 Lydia Millette-St-Hilaire - Master's student (since 2022)
​
After working as a research assistant in Valérie Fournier's laboratory, Lydia will begin her master's degree in plant biology in September 2022. During her bachelor's degree in agronomy, plant production, at Laval University, she had the opportunity to work on a vegetable farm and in an agronomy company where she realized the crucial role of pollinators on plant crops. This is how she decided to carry out her research project on the use of artificial bumblebee nesting boxes in fruit crops and on the monitoring of bumblebee queen overwintering sites. 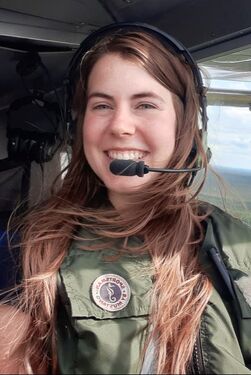 Amélie Morin - Master's student (since 2022)
​
Amélie obtained her bachelor's degree in biological and ecological sciences from the Université du Québec à Trois-Rivières in 2022. She is now pursuing her master's degree in plant biology under the supervision of Valérie Fournier. Her research project concerns the use of sown flower strips for the conservation of bumblebee populations in Montérégie. During her studies, she was able to develop multidisciplinary knowledge and participate in various research projects, such as the protection of the woodland caribou in Val d'Or and the atlantic salmon in Baie Sainte-Marguerite. She is confident that she will be able to acquire new skills in the Fournier lab and fulfill her interest regarding the conservation of Quebec's flora and fauna.
Charles Belhumeur-Roberge - Master's student in co-supervision (since 2017)
Supervision: Alain Létourneau (USherbrooke).

​Towards value of urban gardens as habitats refuges for wild pollinators and the ecosystemic services they provide in urban environments: case study of Québec City.